Here we go: another trip around the sun. 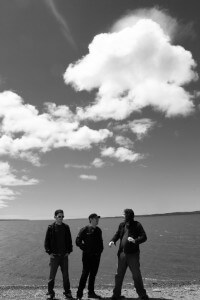 Everyone strapped in? Good.
2012 is in full swing and we realized its time for an update! ( please forgive the lack thereof..)

We’ve been a bit busy..the whirlwind that was 2011 saw us build and tour a record and have some great promise going into 2012. “Warhorses” was released in September and led to a pile of super fun shows before and after..with lots of really great bands. Recently we picked up an ECMA nomination for 2012 Rock Recording of The Year! Currently, getting settled in the new headquarters, building our little studio and doing some winter-time woodsheddin,”keepin’the fire going”. We are excited to hit the road this spring for a great bunch of shows that will see us play twice in Toronto for CMW, a few times in Moncton for the ECMA’s and we will also be doing a Maritime run during late april/early may.

We’ll see ya soon with more news and show announcements for summer!